Redwood, Servant of the State has a combined 4.2 rating on Amazon. Now, the sequel is out. You can download both books cheaper than buying them separately, for a limited time. Click here for details. 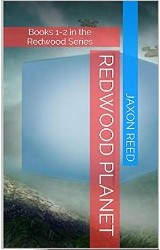 Hey for a limited time, my first book Redwood: Servant of the State is available free to download in its entirety on Amazon. This weekend only (May 1-3).

Young Servant of the State Marcus Savitch lives on Redwood, a restricted outer planet in the Janus String where humans are confined to one isolated city. Extraordinarily bright, a computer hacker and spaceship pilot, Marcus holds a dark secret. Afflicted with hematophagia, a forbidden condition compelling him to feed on blood, he lives in constant fear of eradication by the State. When his secret is exposed, he escapes and heads toward the giant trees at Redwood’s center. There, despite restrictions, a team of specialists from New Texas has been conducting clandestine research for decades on the mysterious creatures living deep in the forest. When revolution erupts on the outer planets, Marcus finds himself going back to the city he escaped from, this time with a small army at his side.

The sequel to Redwood: Servant of the State is out! Redwood: Twelver is available exclusively on Amazon as an e-book download. Only 99 cents.

It’s a been a great 6 months writing this sequel, following the adventures of Marcus, Dee Dee, and the triplets. I hope readers enjoy the book as much as I did writing it. 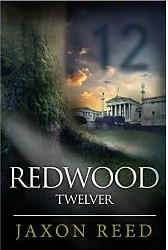 Read for free the first five chapters of my book Redwood: Agent of the State, a science fiction adventure thriller, on Goodreads or get the complete Kindle ebook on Amazon for only 99 cents.

Redwood: Servant of the State is available as a free download in its entirety from Amazon until Feb. 4. Take this opportunity to load up a great YA science fiction novel on your Kindle.

Redwood: Servant of the State has been accepted as a nominee for Dan Poynter’s Global E-book Awards, in the categories of Science Fiction and Young Adult. 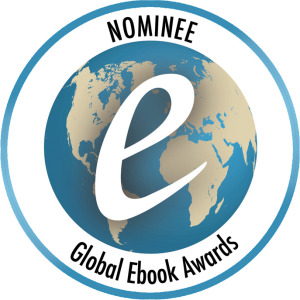 Read for free the first five chapters of my book Redwood: Agent of the State, a science fiction adventure thriller, on Goodreads or get the complete Kindle ebook on Amazon for only 99 cents.

Today I’m starting a campaign to help raise funds to publish Redwood: Twelver, the second in the Redwood series. You can find the campaign here. Please help spread the word!

On the heels of my discussion on the allure of dystopia in fiction, here is my list of top ten all time best dystopian novels.

1984
George Orwell, 1949
Orwell’s depictions of totalitarianism have elements that remain in society’s vocabulary decades later. From Big Brother to doublespeak and a host of other concepts, Orwell’s dystopian view of political corruption remains a significant work even today.

Fahrenheit 451
Ray Bradbury, 1953
Another early vision of dystopia, one in which books are outlawed and “firemen” burn them up when they’re found. Winner of one of only four Retro Hugo awards.

Brave New World
Aldous Huxley, 1931
The granddaddy of dystopian novels, Huxley wrote the book in response to utopian novels by H.G. Wells amidst social upheaval from war, industry, economic crises, and the perceived excesses of the Roaring Twenties.

Logan’s Run
William F. Nolan and George Clayton Johnson, 1967
Logan’s Run follows the eponymous hero who tracks down those in a society with no old people. Logan 3 is a “Sandman” chasing after those who reach the age of death trying to escape to Sanctuary. He decides to run himself as his time approaches.

Make Room! Make Room (Soylent Green)
Harry Harrison, 1966
The movie was more popular than the book, but Soylent Green explored the overuse of materials and overpopulation, with some ideas on how to control both. The movie changed much more besides the title.

The Hunger Games
Suzanne Collins, 2008
In the future nation of Panem, teens from the twelve districts annually battle to the death for a television audience. The trilogy has been adapted into a highly successful movie series.

Divergent
Veronica Roth, 2011
In Chicago in the future, society is divided based on aptitude scores. Those who don’t fit neatly in a faction are more difficult to control, and are considered divergent. The first movie in the series has been highly successful.

The Maze Runner
James Dashner, 2009
Waking up with his memory wiped, the protagonist finds himself with a group of other boys in the middle of a gigantic labyrinth that changes every night and offers a host of dangers. He helps them solve the riddle of the maze before the first girl shows up.

Parable of the Sower
Octavia E. Butler, 1993
In an society leaning toward anarch , a young woman with hyperempathy develops a religion called “Earthseed.” Winner of the 1994 Nebula Award. A planned trilogy, Butler died before completing the third book in the series.

The Giver
Lois Lowry, 1993
In a faux utopian society of the future, pain and turmoil are eliminated through Sameness. Somebody has to keep all the memories of the past, though, including both the good memories and the bad. All the pleasant aspects of humanities as well as all the ugliness. Winner of the 1994 Newberry Award.

Many young adult novels these days seem to be set in dystopian near future worlds. Hunger Games, Maze Runner and Divergent spring to mind. So, what is the allure of dystopia, and why do so many speculative fiction authors set their works in such worlds?

Dystopia is the opposite of Utopia. Wikipedia has a nice entry:

… a community or society that is in some important way undesirable or frightening. It is literally translated as “not-good place” … Dystopias are often characterized by dehumanization, totalitarian governments, environmental disaster, or other characteristics associated with a cataclysmic decline in society. Dystopian societies appear in many sub-genres of fiction and are often used to draw attention to real-world issues regarding society, environment, politics, economics, religion, psychology, ethics, science, and/or technology, which if unaddressed could potentially lead to such a dystopia-like condition.

I think, for a writer, dystopian settings allow them to explore worlds that are familiar, yet different enough to engage the plot in compelling ways. Since the world is messed up, and the powers that be are making a mess of things, the protagonists can figure out ways to excel in the fractured environment while hopefully changing it for the better.

Check out my list of the top 10 best dystopian novels here.

I recall watching Alien the first time. The late 70s were a grand time for science fiction movies. Star Wars took the world by storm, with light sabers and laser guns. Alien was different, though. Instead of zipping through space at warp speed, Ripley and friends stayed in animated suspension until arriving at their destination. Also in the movie and its sequels, traditional bullet-firing guns took out the aliens rather than futuristic laser guns.

Does a science fiction book or movie have to always use laser guns? Certainly Ripley’s guns, especially in Aliens, the 1986 sequel, were more traditional lead and gunpowder based, although they looked futuristic.

Sometimes traditional guns may appear in a futuristic plot as an anachronism, like in the Star Trek episode “Spectre of the Gun.” Other times, they may prove integral to the plot as in Star Trek’s “Shore Leave.”

There’s actually a lot to be said about lower level technology playing a role in a futuristic setting. Robert Heinlein’s classic science fiction novel Time Enough for Love was set in part on a “pioneer planet” where low tech was used for initial human settlement. Most famously, mules were used in place of modern engines. M.U.L.E. became an early educational videogame based on the idea.

So, sometimes a science fiction writer doesn’t have to incorporate high tech futuristic items. I think technology should fit well in the story. If that means less “pew pew” and more “pow pow” to make the plot go forward, all the better.

When preparing to write a science fiction novel, I had to choose between ways for my characters to travel between worlds. This is, I believe, critical to deciding even before writing. So as food for thought, here are some of the ways speculative fiction writers can handle interstellar travel in their works.

1. Warp drive – Perhaps most famous thanks to the Star Trek and Star Wars series, in this method space ships able to travel faster than light can flit between the planets in a matter of hours. While convenient for moving the plot, Einstein had some things to say about speeds faster than light. But hey, it’s fiction.

2. Cryogenic sleep – In the Alien movies starring Sigourney Weaver, the characters remain in a deep sleep as their ships travel at realistic speeds. Sometimes hundreds of years pass before the ships’ computer awakens them and the action commences.

3. Star gates – In fiction such as the Stargate movies and television series, a wormhole or portal of some kind allows instantaneous travel across vast distances of space. In my own Redwood novels, manmade gates orbit around planets allowing relatively easy travel between worlds, although it still takes a couple weeks to get a spaceship out to the gates. A recent Tech Times article discussing the movie Interstellar notes this mode of travel may be possible.

There are other methods of moving characters around, teleportation between planets for instance. But, these three seem to me to be the most common.

For a selection of how I’ve tackled the issue, please check out my Amazon page at amazon.com/Jaxon-Reed/e/B00Q9N5TQ2/