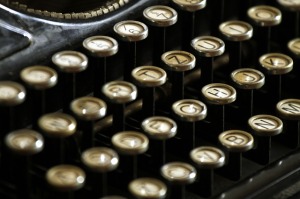 When I first investigated Kindle Scout, I wanted to read what others had experienced. I wanted to see what authors who had been through the process thought about it. The purpose of this article is to provide several links in one place for those who are likewise interested.

Teresa Roman has an excellent introductory article about what Kindle Scout is and how it works at IndiePlotTwist.com. Her book Back To Us was published by Kindle Press in summer 2015.

Lincoln Cole is the author of the Kindle Scout winning novel Raven’s Peak. He devotes a significant portion of his website to discussion of Kindle Scout, offering sections on how the system works, running a campaign, the ins and outs of Hot & Trending, etc.

Donna White Glaser, author of A Scrying Shame, has a very interesting discussion about Kindle Scout on the Self Publishing Roundtable Podcast.

New Zealand author Katherine Hayton has a Kindle Scout case study over on Selfpublishingadvice.org. She discusses the success she experienced in publishing her fourth novel through Kindle Scout, The Three Deaths of Magdalene Lynton.

Publishers Weekly had a nice little article on author T.L. Zalecki’s Scout experience. She details her promotional efforts during the scout campaign, and the resulting success with her novel Rising Tide.

James M. Jackson has written extensively about his Kindle Scout experience. On the WritersWhoKill blog, he discussed the inner workings of the Scout program and the campaign for his book Ant Farm as it occurred. On his own blog, he discusses the pros and cons of Scout for other authors, and details the financial aspects of Kindle Scout for Amazon and authors.

British author Lexi Revellian has blogged extensively about her Kindle Scout experiences from across the pond. In this article, she discusses earning out the advance for her book The Trouble with Time (Time Rats Book 1).

Another British author, Jacqueline Ward, wrote a series of weekly blog entries discussing steps she took during the nomination process to earn votes. This is her final entry. Her book Random Acts of Unkindness was selected for publication shortly after.

Another author who blogged extensively throughout the Kindle Scout process is Jim Nelson. You can find each article he wrote, newest first, here. His book Bridge Daughter came out summer, 2016.

R.J. Vickers posted quite a few articles about her experiences with Kindle Scout and her title Beauty’s Songbook on PaidAuthor.com. You can begin reading them here.

Alan Orloff wrote on the 7CriminalMinds blog about his experience with the manuscript for Running From the Past, a kidnapping suspense thriller published through Kindle Scout in early 2015.

Steve Vernon has been extraordinarily helpful to authors investigating Kindle Scout. He has put in considerable time helping others on the Kboard discussion topic, and has an excellent blog writeup of his personal experience and tips for others here. His book, Kelpie Dreams, was published through Scout in early summer 2016.

Courtney Hunt has a neat article detailing statistics from her Kindle Scout campaign. It gives an “Inside Baseball” look at the numbers. Her book, The Lost of Art of Second Chances was published by Kindle Press in November, 2015.

Jina Bacarr wrote about her experiences with Kindle Scout for the Orange County Chapter of the Romance Writers of America. Part 5 is here, with links to the previous articles. Her time travel romance Love Me Forever debuted through the program summer, 2015.

Jada Ryker has a fascinating four part series on how she won her Kindle Press contract, starting here. Her mystery novel “with a chick lit twist,” Take the Body and Run was released by Kindle Press.

Jane Castel’s historical romance Dawn of Wolves was selected by Kindle Press for publication during a Scout campaign in summer, 2016. She describes the process surrounding her campaign. The book did not receive as many nominations as some others, but won a publishing contract anyway.

Jasmine Silvera writes how she had a most excellent manuscript, but did not know where to go with it. Submitting it to mainstream publishers would take years, and she had little to no experience with self publishing. Then along came Kindle Scout, a hybrid option. Her experiences leading to the choice to launch a Scout campaign are somewhat typical. Her book Death Dancer was recently accepted for publication by Kindle Press.

Finally lest we tilt completely toward Kindle Scout winners, here is an interesting article by Cindy Marsch on selfpublishingadvice.org about how to run a Kindle Scout campaign. Her book Rosette: A Novel of Pioneer Michigan was not selected, but the experience proved useful and the book has sold well since its debut in January, 2016.

So, there you have a broad swath of first hand accounts about engaging in the Kindle Scout process. Early articles on Kindle Scout were often written by people who did not go through the program. Now there are multiple accounts by authors who did go through the program, and prospective authors have a much better set of experiences from which to draw their conclusions.

Update: R.J. Vickers has an excellent article entitled An Insider’s Guide to Kindle Scout on Bookrazor.com.

Update: Read the new perspectives on Kindle Scout for 2018 here.

4 thoughts on “Experiences with Kindle Scout: Perspectives from Several Authors”