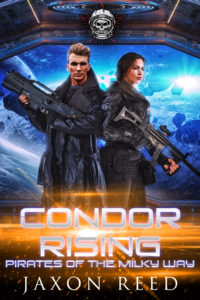 Biffender Jones walked out of the Embarkation/Disembarkation Zone in Petra Roe’s spaceport carrying a single duffel bag. He stopped for a minute to gain his bearings.

The place looked like a spaceport on any other world, built for functionality over aesthetics. He made his way down a large corridor to the line forming at Customs and endured the contraband scanner while he waited.

The line progressed rapidly. As per usual Customs was manned by a human, this one a middle-aged woman who gazed at her holoscreen as he approached, no doubt looking over his information.

She nodded and said, “Enjoy your stay.”

He walked past her and followed the crowd toward the exit.

Tourists were clearly evident, what few there were in the crowd. They were dressed for travel, wearing bright colors, chatting happily amongst themselves. Petra Roe was known for incredibly beautiful scenery, with green snow-capped mountains and beautiful white sandy beaches. The wealthy often vacationed here, although during the war their numbers had declined significantly.

Stepping outside, Biff blinked in sunshine for the first time in weeks. He had almost forgotten how good natural daylight felt.

Skycabbies approached him, offering to take him to any hotel in town. They were human, for the most part, but the cabs they directed people to were drones.

Biff had no plans, and no hotel reservations. He really had not thought much beyond getting here. All he knew was that his wife Andi, the prime suspect in Tetrarch Lopez’s murder, was likely on Lute by now. And the only way he could get to Lute was through Petra Roe. But how? There were no departures for Lute listed at the spaceport.

He ignored the cabbies when he caught sight of a flickering holosign down the street, showing two cocktail glasses floating in a circle. He took off on foot, deciding to worry about a hotel later. Bars were often a good source of information in his line of work.

The door to the bar slid open and his eyes adjusted again, this time to dim interior lighting. A handful of customers sat drinking in opposite corners. Everyone looked at him as he entered, but Biff sensed no hostility. The bar area was empty, with several vacant stools from which to choose. Biff picked one and headed for it, setting his bag on the floor near the middle of the bar, equidistant from both groups.

The bartender arrived, and Biff realized he was an android. He was an older model, with a decent looking face but it was before manufacturers perfected the eyes. The human eye, it so happens, is one of the more difficult things to replicate. Older models were often criticized for having “dead” or “spooky” eyes. This one indeed had spooky looking eyes. They were functional, but they gave Biff the creeps. Obviously, this was at least one of the reasons no one sat at the bar.

The proprietor must have decided to keep the old unit around for whatever reason. Maybe it filled in when human bartenders were unavailable, Biff thought.

The droid said, “What can I get you?”

It nodded, pulled out a frosted mug and headed for the taps.

Conversation between the groups had muted somewhat, Biff thought. Both sets were eyeing him, and maybe discussing him. He could not make out what was being whispered in either corner.

When the bartender returned with his beer, Biff said, “I’m looking for passage on a ship. I wonder if you might know anything.”

Both groups stopped talking altogether. Mentally, Biff shrugged. There did not seem to be a better way to do this.

The android said, “All departures are noted on the main holosign at the spaceport. Perhaps you could find a ship heading for your destination there.”

Biff nodded and said, “I already checked. Where I want to go is not listed.”

Dead silence reigned in the bar. No one said a word.

Finally the android said, “I’m afraid you won’t find many ships going there. That’s pirate territory. It is a restricted zone. Petra Roe only flies one official vessel there, and it’s not due for another week.”

Biff took a sip from his beer and said, “I’m sure other ships head that way from time to time. I just need to book passage with one, as soon as possible.”

A chair from the table on Biff’s right scraped back on the floor and a tall, ugly man stood up. He sauntered over toward Biff, covering the distance in a few long strides. For the first time, Biff sensed open hostility brewing.

The man stood taller than Biff. He had a paunchy middle and the tattoo on his shoulder was clearly visible with the sleeveless jacket he wore: a stylized E, the symbol for League Marines.

He leaned down on the bar, invading Biff’s personal space. His body odor came along with him, assaulting Biff’s nose. The man evidently had not showered or shaved in days.

He said, “Lute’s pirate territory. Now, why would you want to be going there?”

Biff took another sip of beer and looked at the man.

He set the mug down and said, “I have my reasons.”

The chairs from the other table scraped back, and all five people who had been sitting there approached the bar. Biff noted they were dressed identically, with tan t-shirts and dark brown pants. Probably crewmembers, he thought to himself.

When they began moving, Big Ugly’s companions stood up and headed that way, too. In seconds, every person in the place hovered near Biff’s barstool.

At this point, Biff decided to announce his affiliation with law enforcement.

He looked up into Big Ugly’s face, who was now staring daggers at the other group. He said, “I am a—”

Before he could finish, someone from the other table slammed their fist into Big Ugly’s jaw. It knocked his head back, but he did not go down. Instead he roared in anger and started swinging.

Both sides threw punches, and Biff ducked down out of the way, carefully holding his beer. The fight quickly spread throughout the room, everybody knocking over tables and chairs.

Two men ganged up on Big Ugly and threw him back across a table, which buckled under their combined weight. All three went down to the floor with a crash.

A young woman of Asian descent, wearing a tan shirt from the group at the other table, grabbed Biff’s arm and pulled him up.

Biff set his beer down, grabbed his duffel bag and followed her out. They weaved between fighters trading blows, fists and faces connecting with thwacks and thumps.

Out on the street, the woman hurried him along until they were half a block away. Then she slowed to a walk. They heard the sound of sirens as a squad car landed near the bar. A human cop and his android partner exited and rushed inside.

“Will your friends be alright?” Biff said.

“Oh yeah. We’ll pay the fine and spring them from jail before we leave. I’m Melanie Polansky, by the way.”

“So, you’ll be wanting to come with us,” Melanie said. “We’re on the Salamander, an independent freighter. The reason you won’t see any departures heading to Lute from the spaceport is, there’s nothing authorized to go that way right now.”

Biff thought for a moment and said, “But you’re going anyway.”

She smiled, her entire face lighting up in a wide grin.

She said, “That’s right. And our Captain will be happy to take along a paying passenger, as well. I’m kind of new myself, but I know the Captain is always looking for extra fares.”

Smugglers, Biff thought. Bending the rules, and finding ways around laws and regulations. All for a profit. And I’m in law enforcement, not evasion.

They walked the remainder of the block in silence while Biff reached a conclusion. He thought about Andi, and how he needed to find her.

They stopped at the next crosswalk and he said, “So, how much do you think your Captain will charge me to tag along on your trip to Lute?”