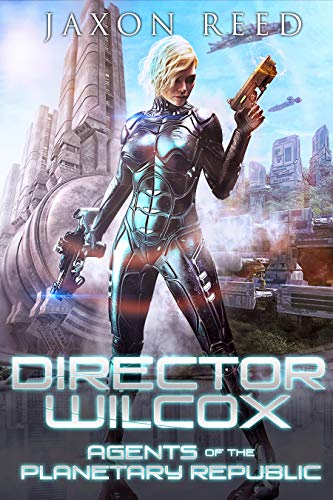 Agents progressed at one book a month, starting last summer. Now after 10 months, we are at the end. I hope you enjoy reading Director Wilcox as much as I enjoyed bringing this series to life. 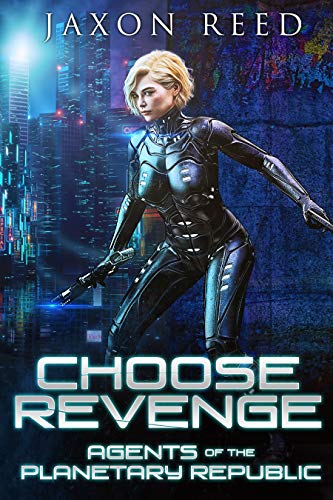 Happy to announce the ninth book in Agents of the Planetary Republic! In this installment, Remington foments rebellion on Euripides while Gina and the gang continue trying to retrieve Miriam. Raleigh and the Ultima Mule Company are along for support. We have blasters, bots, shootouts and political intrigue! Space battles, spying and sentient dilemmas! Don’t miss it! 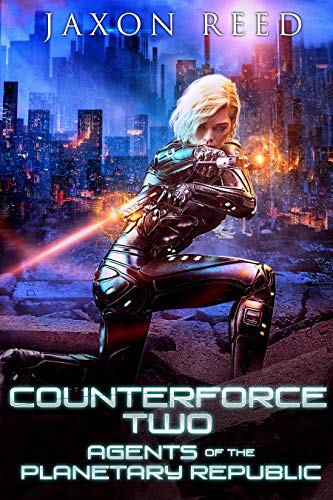 In this installment, the crew of the Ultima Mule reunites at a mountain resort on Lute. If you’ve been waiting to see Granny again, as well as Raleigh, Jillian and others from the previous series, here’s your chance.

Catch Counterforce Two at a reduced price for a few more days.

Need to catch up? The first five books in the series are available here. 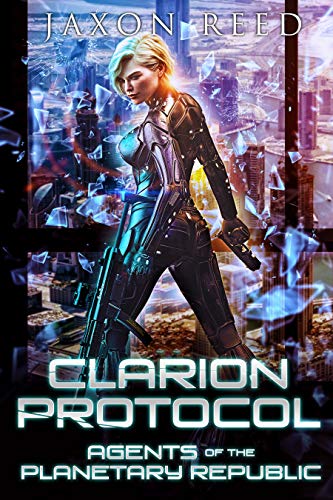 Happy to announce the fifth installment in the Agents of the Planetary Republic series. Clarion Protocol features Gina Wilcox, droids, Commander Wolf, zodiac ships, space battles, fist fights, and some folks we haven’t seen since Pirates of the Milky Way. Check it out today! 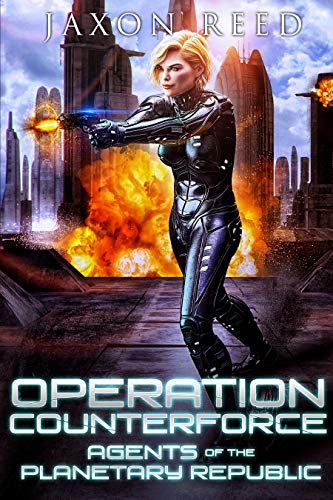 Today I’m happy to announce the release of Book 4 in the action-packed Agents of the Planetary Republic series.

Operation Counterforce features Commander Hamilton Wolf and his fellow misfits, a group of space marines who have all stepped outside the lines of the law. They band together to strike back at League forces in a black ops mission in deep space.

Detective Wilcox is still active. Now an Assistant Director for the AOJ, she and her team deal with a rogue engineer and his supersuit as he robs banks and other businesses with wanton ambition. Will they be able to stop him once he gains control of a weapon that matches the power of his suit? 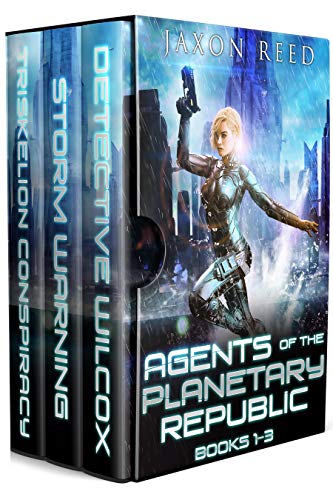 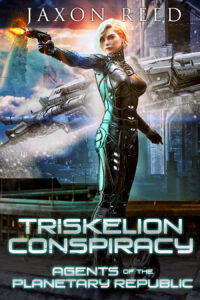 The third book in Agents of the Planetary Republic is up on Amazon! Triskelion Conspiracy deals with an insidious plot by the League to assassinate VIPs in the Republic. Here’s the blurb:

Triskelion is active. The Chancellor is murdered. Scores of deep undercover operatives have mobilized to take down politicians, judges, and law enforcement personnel.

Former Marine Sergeant Gina Wilcox leads an elite team that fights back, bringing swift justice to the SSI agents arrayed against the Republic.

But the deadliest assassin of them all has just arrived by interplanetary transport. And things are about to get much, much worse . . .

Don’t miss the third installment in this ongoing action-packed series!

You can pick it up today and download immediately from Amazon.